Saying goodbye to our final guests on board really hit home as to how quickly it would be until we were off the boat and heading back to the real world. We had grand plans of visiting a number of our favourite places all over again, and get some good sailing in, because we didn’t know when we would be sailing again after returning home.

It is now safe to say that making grand plans whilst on a sailboat is basically useless. You think we would have learned that lesson much earlier on.

Right after leaving Lefkas, we returned to Marathias Bay to see if the winds would turn in our favour for sailing further out to the islands. Our passage through the Lefkas canal was somewhat hindered by a beached dredger… Which would ordinarily have been fine, but they brought in another dredger and blocked the whole canal. Boats were able to sneak through whenever the tug boats moved over, but it was a slow process.

Unfortunately the winds did not play nice and we stayed in the bay for two nights, yet again. Fortunately it is a beautiful and peaceful anchorage with water so clear you want to live in it.

With Southerly winds picking up on the Monday, we knew that the forecast of rain and storms could actually be right. At least it allowed for a very short sail to Paleiros, where we knew there was the likelihood of free power and water.

When we arrived, there was no room on the pontoon we wanted. However, some of the charter boats looked to be getting ready to leave, so we anchored and waited patiently hoping there would be a spot wide enough for our catamaran. Finally we managed to snag the position at the end of the pontoon, and with the wind blowing us off, it did not matter if one of our hulls was overhanging the end. There were also two mooring lines, meaning that the boat was 100% secured front and back.

And then came the rain, and the storms, and more rain, and more storms. It was like as soon as 1 September arrived, the weather wanted the summer season to end abruptly. We ended up being hauled up inside the boat for most of the day, for 3 days straight. Everything became damp, and we had some concerns about the rain not easing before having to hand the boat over to its new owner and being able to give the inside a clean.

The rain stopped enough for us to walk up into town, get some meat from the butcher and walk to the yacht club and have lunch there each day. At times, we got stuck there for a while, but had our laptops and kindles to get us by. When on the boat, we wished that we had a fully enclosed cabin spanning across the two hulls, rather than a separated saloon. It was impossible to just close up the boat and move from one side to the other. It also was a bit damp going to the toilet, when the toilet was in a separate hull to our sleeping hull and the saloon.

In a sense it was nice to spend those days relaxing. In another, it was disappointing not to have that last little bit of sunshine, swimming and sailing. The rain did clean the deck very nicely though, meaning one less chore in the end.

Come the Thursday, we had no choice but to take the boat back to Lefkas, rain, hail or shine. Luckily it was sunny, with some clouds looming and only a small drizzle.

That Thursday was our last day on Sibia. We had booked a hotel for the night and handed the keys to her new owner, who was planning on sailing the boat 500 nautical miles to Croatia in 9 days.

It was bittersweet handing her over. As much as we would have loved to stay on board a catamaran forever, it wasn’t our ideal long-term boat. There were many aspects that didn’t suit us, and it had not been maintained well. It was a relief knowing we didn’t have to store her and wait a long time for a buyer, or fix any of her issues in order to get a buyer.

We left her, took with us our amazing memories and many photos.

With only two days left in Greece, we got on the bus and travelled to Athens. It was interesting driving next to the Gulf of Patras and the Gulf of Corinth remembering our passage three months earlier. Going over the Rion-Andirion Bridge, reminiscing our sail underneath in 35+ knots of wind, breaking our autopilot and ripping our sail.

Athens was a bit of a shock to the system. Firstly, there was a shower (there was one the night before in the hotel, believe it or not). I had a shower at every opportunity. There was a large comfortable bed. We did not have much motivation to leave the comfort of our hotel room. We splashed out and went for something semi-fancy.

Our reasons for leaving the hotel room were generally guided by food. The buffet breakfast everyday kept us there, but we also thought it would be best to visit the must-see historical site.

So on the Saturday we found ourselves amongst the crowd at the Acropolis, and the Acropolis museum. Although absolutely impressive, the size of the crowd was enough to make us feel agoraphobic and retreat to a small back street of Plaka for an apple and cinnamon crepe. 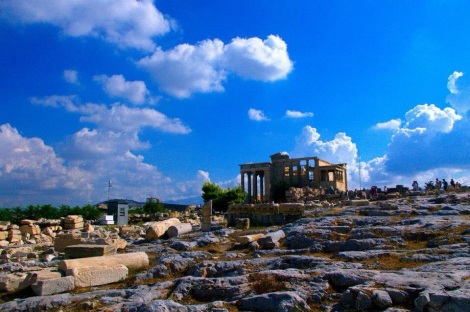 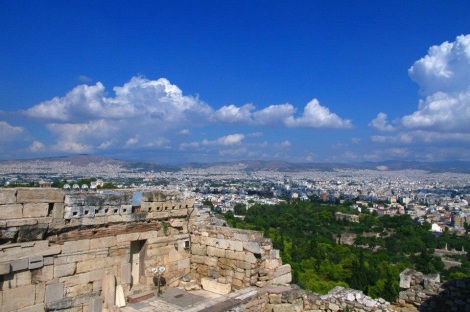 Having had enough of crowds, and seeing a storm looming, we returned to the comfort of our hotel room where I had another shower.

Of course we had to leave the room for our dinners each night. We found a great Japanese restaurant just around the corner for the first night. On our final night in Athens, in Greece, or our honeymoon, of the trip of a lifetime, we found ourselves a TGI Fridays and gorged ourselves on chicken wings and BBQ ribs.

Don’t judge us. We had done our time on Greek food. This had to be finished with a bit of homemade ice cream, of course. I had spied the ice creamery during our cab ride to the hotel.

That was it. Three months of amazing adventures felt like they had flown by. At the same time, the beginning felt like so long before.

Our experience was better than we could ever have expected. The people we met along the way were fabulous, and those who visited made it even more enjoyable.

Now we dream of the next big boating adventure. Our overall aim to sail a boat from the Med to Australia still exists, but we are being realistic about the timeline of when that might happen. We’re working on it, and in the meantime will continue to live up our adventures in Australia, hopefully with some travel in between (oh yeah, and that work thing).

FYI, we have been back in Brisbane for over 3 weeks now. That’s how slow I’ve been with the blog. Sorry for the delay. Life gets busy when you leave it for 4 months.

We realized last weekend that one of our motors is not working on our motorboat, so our hopes of going Spearfishing remain just hopes until that is fixed. The joys of boat ownership!!